Trading in financial markets intends the ability to forecast the movement of the price. To understand the movement of price needs to determine the possibility of trends changing. During the trade, development formulated many theories. Those were for monitoring the current situation and emerging changes which can influence the reversal of the further up or downwards. To predict the market successfully trader can use multiple methods for forex chart analysis. All were to have profitable trading. Dow Theory is a leading method for the financial market I shall elaborate the theory here with its proper using of Dow Theory in forex trading.

What does Dow Theory mean?

Dow Theory is a theory that applies to the price movement of a financial market, this theory provides a basis for technical analysis, and it is a reference for traders as well as for most technical analysts who consider being a simple way to define the trend of a market. This is a concept of trend analysis created by Charles Dow in the 1900’s & this concept is considered one of the foundations of technical analysis.

Dow Theory is mainly used by traders in the Forex market, its principles can help traders understand how a market moves and moves and help to identify the market trend by offering profitable trading opportunities. Dow Theory is easy to learn and can be applied by anyone without the argument, it is one of the most important theories; it distinguishes three types of the trend but also three distinct phases that make up the trend Treaty itself market. 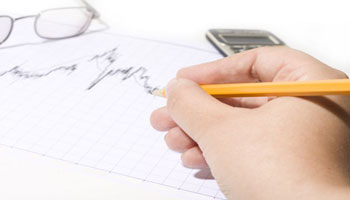 Determination of the market trend

This is the most important trend following theories ever. The identification of trends according to Dow theory is therefore based on the study of the successive peaks and troughs.  According to the Dow Theory, the trend is set to study the peaks and successively formed during the recess.

According to Dow Theory before considering a valid trend, it is appropriate to review the concepts of “peaks” and “troughs”. Peaks and troughs in the graph are the basis for the definition and analysis of trends.

Whatever the timeframe, currency pairs rarely change long straight. The changes in currency rates and are made up of small upward movements and small downward movements, which put together constitute trends.

Peaks and troughs, also called “higher” and “lower” are the turning points of “small movements” which are the trends.

The three types of the trend by Charles Dow

In his theory, Dow said that “the market has three trends” and that trend is broken down into three parts: the primary trend, secondary trend, and minor trends.

This trend is also called background trend is the tendency of a long-term market. Majority of novice forex trader base their decisions on this background tends. It turns out that most currency traders practice intraday trading units of time in the short term (usually on timeframes of 5 to 15 minutes), traders have therefore used to identify the long-term trend and movement speculate that in the direction of the trend movement. The primary trend reflects the overall movement of the market and can be spread over several years.

The minor trend is that the majority of novice traders seem to identify these trends can go in the same direction as the primary trend but can also correct and go against the trend in the short term; many traders use these micro movements in order to make some scalping and reap a few pips here and there. These trends are on the market in the form of small fluctuations occurring in primary and secondary trends themselves, we often speak of “market noise”.
A trend in three phases. When we speak of a major trend, Charles Dow identifies three phases that make up this trend:

The first phase is an accumulation phase; the most important players in the market (institutional) feel some indecision in the market and build up the implementation of orders waiting to be executed on the market.

The second phase is the pulse of the market in one direction or the other of the graph, it is the massive influx of professional traders in the market, creating the trend movement and pushing other investors less capitalized to follow the movement

The last phase is the phase distribution and correction, the big players take profits while small investors multiply their positions, the market is about to turn in the opposite trend.[/icon]

We believe there no short-cut way to success. For long term investors in foreign currencies, all of the components of the Dow Theory are very useful. Recognizing the different phases of the market is critical for the pricing action. Elite trader applies Dow Theory for consistence profit. Dow Theory, an essential part of the Forex trading education of a trader. All of forex trader may already know “the trend is your friend” but rather it’s true that “the trend is your friend until it ends” this Theory can help when the exact to turn price.